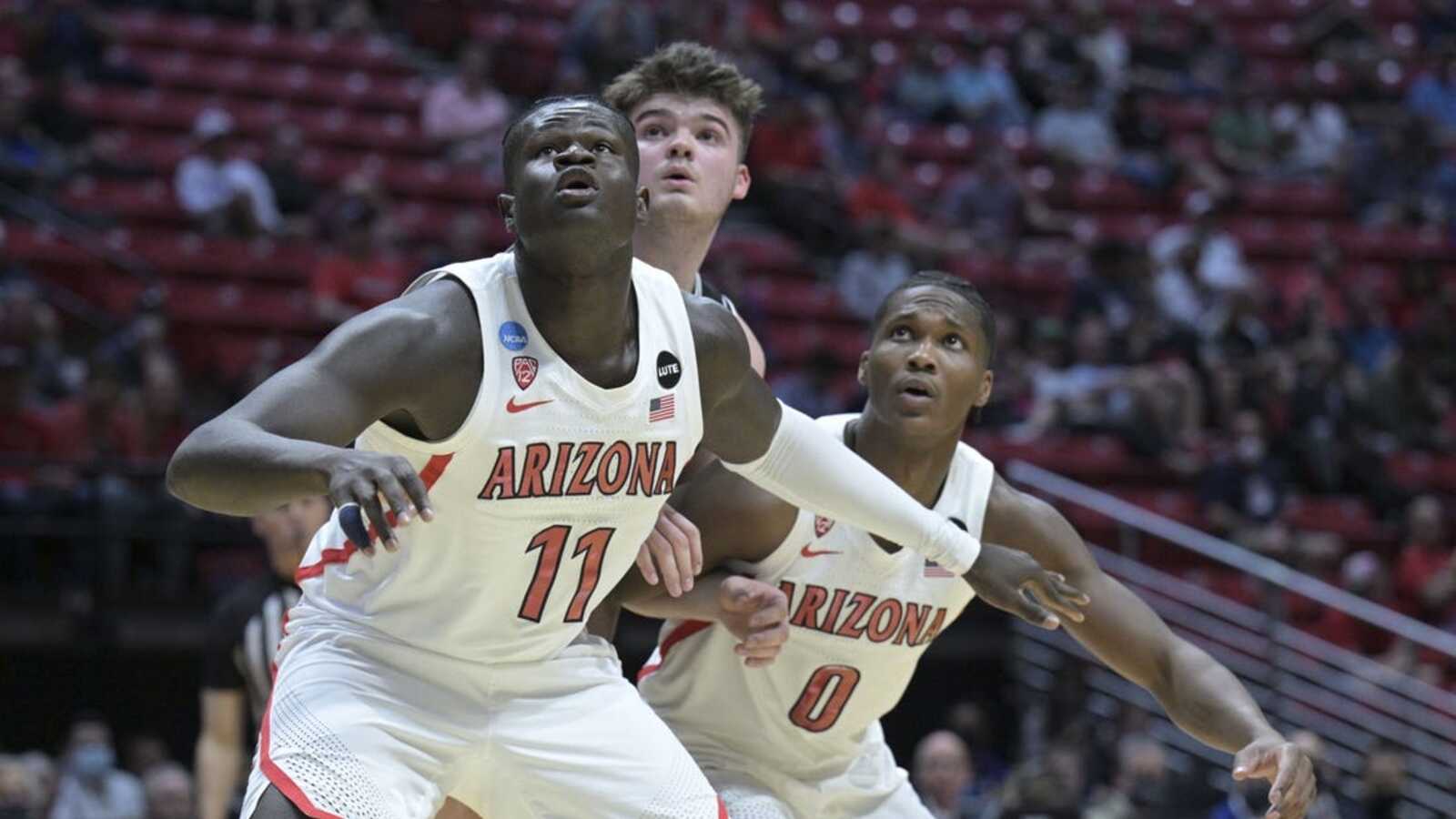 Oumar Ballo had a career-high 30 points and 13 rebounds to lead four Arizona players who finished in double digits as the No. 14-ranked Wildcats beat No. 10 Creighton 81-79 in the Maui Invitational final in Lahaina, Hawaii on Wednesday. .

The Bluejays (6-1), trailing 14 with 12:19 left, had a chance to tie the game after calling a timeout with 7.4 seconds left. But Ryan Nembhard was fouled with two seconds left, sending him to the foul line. After making the first free throw, Nembhard intentionally missed his second attempt, but Arizona grabbed the rebound.

Gradey Dick scored 25 points as the Jayhawks marked the return of coach Bill Self with a win over the Wolfpack in the first round of Battle 4 Atlantis in Paradise Island, Bahamas.

Kansas (5-0) will face Wisconsin in the semifinals on Thursday after the Badgers beat Dayton 43-42. North Carolina State (4-1) will meet the Flyers in the consolation bracket.

Keyonte George scored 17 points and LJ Cryer added 16 as the host Bears overcame some early slumps and earned a victory over the Cowboys in Waco, Texas.

Adam Flagler scored 13 points and Langston Love had 11 for the Bears (5-1), who outshot the Cowboys 60 percent to 32.1 percent in the second half.

Trevon Bazile scored 20 points and the Razorbacks forced overtime with a buzzer-beating field goal, then held off the Aztecs to claim third place at the Maui Invitational in Lahaina, Hawaii.

Race Thompson returned from a minor injury and scored 20 points and had eight rebounds to lead the Hoosiers to a victory over the Trojans in the Hoosier Classic in Bloomington, Ind.

The Hoosiers (5-0) used a 10-point second-half streak to open the game 64-57. Jalen Hood-Schifino had 13 points, seven rebounds and three assists. The Hoosiers played without star Trayce Jackson-Davis, who was held off as a precaution and was on the bench in plain clothes.

In a defensive battle, the Tigers edged out the Wildcats to win the Cancun Challenge in Cancun, Mexico.

With the Wildcats ahead 42-41, the Tigers’ Wendell Green Jr. stole and Allen Flanigan gave Auburn a 43-42 lead on a layup with 32 seconds left in the second half. Northwestern had one last chance, but Chase Audige missed out on the potential winner with 13 seconds left.

Jacob Toppin had 20 points and 10 rebounds and Antonio Reeves also scored 20 points as the Wildcats beat the Ospreys in Lexington, Ky.

NCAA defending player of the year Oscar Tshiebwe had 16 points, 15 rebounds, five assists, three steals and two blocks for Kentucky. Chris Livingston contributed nine points off the bench and Cason Wallace added eight as the Wildcats (4-2) rebounded from a highly publicized 88-72 loss to No. 2 Gonzaga on Sunday.

After losing back-to-back games to Top 25 opponents in Las Vegas last weekend, the Bruins took their frustrations out on the Waves in Los Angeles.

The Bruins (4-2) slipped against Illinois and Baylor, but were back to their best against Pepperdine. Six UCLA scorers finished in double digits, led by Amari Bailey’s career-high 19 points.

The Waves (4-2) shot just 21 of 60 from the floor and committed 17 turnovers under heavy pressure from the Bruins defense. Houston Mallette and Jan Zidek each scored 13 points to lead Pepperdine.

Honolulu native Justice Sueing scored a career-high 33 points as the Buckeyes beat the Red Raiders in the fifth-place game at the Maui Invitational in Lahaina, Hawaii.

Sueing scored 15 straight points, punctuated by a dunk on a breakaway, for the Buckeyes (5-1) to give them a 74-67 lead with 1:04 remaining. He also had eight rebounds and five assists. Sean McNeil scored 13 and Brice Sensabaugh added 10 for Ohio State.

Santiago Vescovi had 13 points, three rebounds and three assists to help the Volunteers pull away in the second half to defeat the Bulldogs in the first round of Battle 4 Atlantis in Paradise Island, Bahamas.

Vescovi and Julian Phillips, who had 11 points and six rebounds, highlighted a balanced effort on the scoresheet for the Volunteers (3-1), who advance to face USC in the semifinals of the tournament on Thursday afternoon. . Butler (3-2) will face BYU in the consolation bracket on Thursday night.

Jayden Taylor led the Bulldogs with 18 points but was their only player to score in double figures.