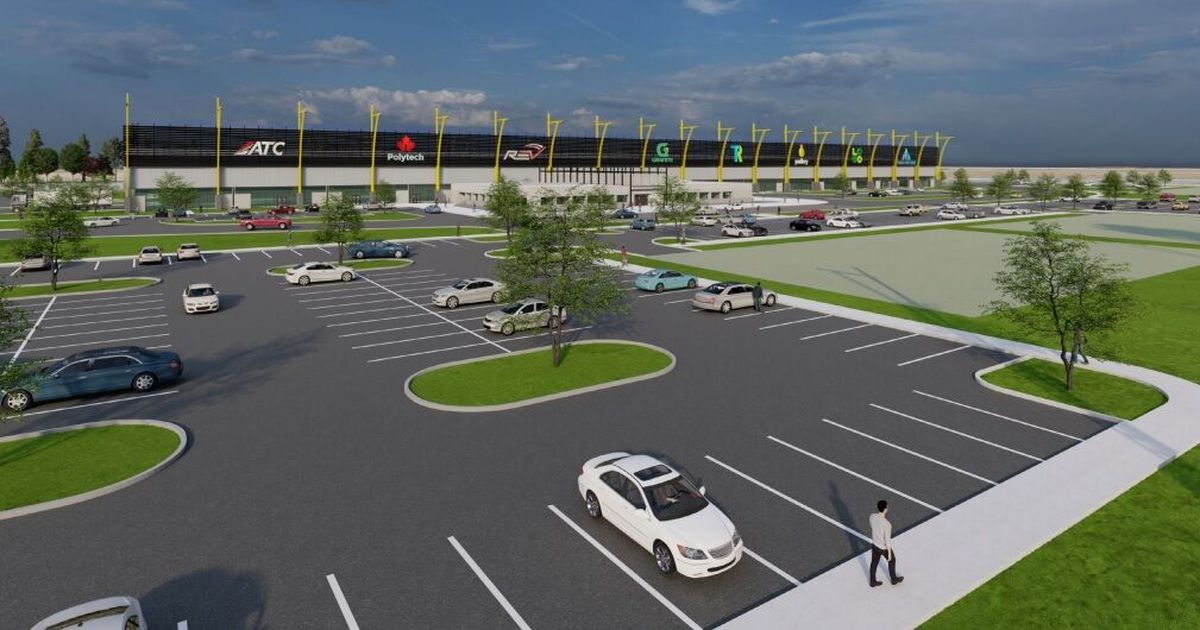 Coeur d’Alene-based Architects West filed a pre-development application with the city for the project, dubbed Terminal 7, which is a nod to the building’s history of aerospace companies Boeing and Triumph.

The 386,000 square foot former manufacturing facility at 1514 S. Flint Road could be divided into nine separate rental spaces of varying sizes, with the smallest around 22,100 square feet and larger spaces up to 54 400 square feet, as per site plans.

“Basically what we want to do is develop the site, freshen up the building, and freshen up the front offices,” said Jason Kindred, partner at Lakeside Capital Group. “We are considering a potential coworking facility and event center in much of this front office space. As for the rest of the building, we are working on developing it as a potential distribution center with several different suites available for some of these smaller distribution operations. »

A pre-development application does not necessarily indicate that the project will take place, rather the applicant is seeking input from the city on the feasibility of development plans for the site.

Kindred pointed out that the project is in a conceptual stage, so details are flowing on how Lakeside Capital Group will divide rental spaces in the building and develop surrounding retail lots.

Lakeside Capital Group has not yet found tenants or set a date for the project, he said.

“We are just beginning to kick off the process to start redeveloping this site,” Kindred said. “Our idea now is to bring the concepts together, talk to the city and understand what our limits will be.”

Lakeside Capital Group purchased the former Triumph Composite Systems plant and the 50-acre site it occupied for $13 million in March 2021, according to the Spokane County Assessor’s Office.

Lakeside Capital Group, which owns Post Falls-based aerospace company ATC Manufacturing Inc., met with Triumph executives to coordinate the purchase of the West Plains plant before it hits the market, Kindred told The Spokesman-Review in July.

Triumph, which made ducting and floorboards for aircraft in the building, announced last year that it would permanently cease operations at the factory by 2022, citing production rate cuts and restrictions of the travel industry due to the pandemic.

Triumph has consolidated operations in part of the building, where the company is completing contract work, Kindred said.

Boeing Co. built the plant in 1990 to produce a variety of composite and thermoplastic aircraft parts.

Boeing sold the building to Triumph in 2003.

The academy is building a more than 42,880 square foot two-story school on a vacant 8-acre site at 11711 E. 24th Ave., according to an environmental review submitted to the Washington State Department of Ecology.

Construction is expected to begin this summer, according to the environmental study.

Architecture All Forms, of Spokane, filed a pre-development application with the city to potentially demolish an existing Bruchi restaurant and replace it with a new 2,400 square foot restaurant with drive-thru and 21 parking spaces at 6730 N.Division St.

The cost of the project has not yet been determined.

Bruchi’s was founded by Bruce Greene in 1990. The restaurant chain changed its name to Bruchi’s Cheesesteaks & Subs in 1991 after finding success in selling cheesesteaks.

Bruchi’s has seven locations in the Spokane area.

Living Grace: We should all look in the mirror | Lifestyles