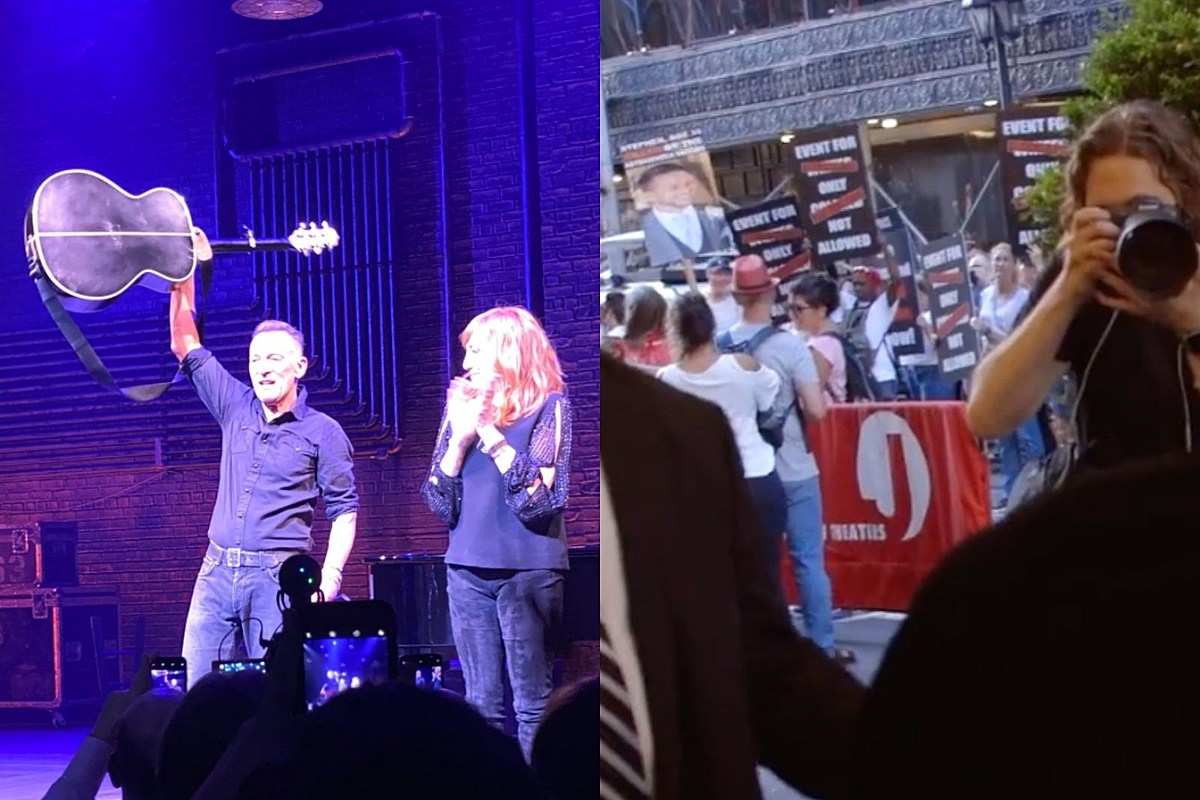 Governor Phil Murphy was in the vaccinated crowd on Saturday, attending the return of Bruce Springsteen to Broadway as a small group outside the Manhattan theater protested against the public health-based admission requirement.

â€œAn incredibly moving and magical @springsteen opening night on Broadway. The boss is back, â€Murphy tweeted, accompanied by two photos of Springsteen and his wife and fellow musician, Patti Scialfa on stage.

Springsteen’s longtime companion and collaborator “Little” Steven Van Zandt, and US Transportation Secretary Pete Buttigieg with her husband, Chasten Buttigieg, were also in attendance on Saturday.

Fellow Springsteen, a native of Monmouth County, MSNBC news anchor Brian Williams was also in the crowd, as Point by a Washington Post reporter.

A few dozen demonstrators, unhappy with the compulsory vaccine at the entrance, used the word segregation in their criticism, as evidenced by the signs brandished on Saturday.

Historically, segregation has been based on race, as if to separate students according to their skin color.

A similar group protested the Foo Fighters show at Madison Square Garden a week earlier because that show also had a COVID vaccine requirement for fans in attendance.

New York was among the first states to roll out such paid events requiring a full COVID-19 vaccination.

Among the concerns voiced by critics of these requirements was the FDA’s status of emergency use of the vaccines.

Until the pandemic, the vaccines required for enrollment in New Jersey public schools, ranging from daycare to colleges and universities, had been around long enough to receive FDA approval.

In these cases, there has recently been heated debate over whether to maintain the religious exemption process for families, stemming from the sometimes tenuous balance between public health and civil liberties.

Murphy continued to be reluctant to support the vaccine passport approach to New Jersey sites and events, voicing concerns about vaccine fairness as the primary reason.

WATCH: Here are the 25 Best Places to Live in New Jersey

Stacker has compiled a list of the best places to live in New Jersey using data from Niche. Niche ranks places to live based on a variety of factors including cost of living, schools, healthcare, recreation, and weather. Cities, suburbs and villages have been included. Ads and images are from realtor.com.

On the list, there is a robust mix of offerings ranging from large schools and nightlife to public and pedestrian parks. Some regions have experienced rapid growth thanks to the establishment of new businesses in the region, while others offer a glimpse into the history of the region with well-preserved architecture and museums. Read on to see if your hometown makes the list.

Famous NJ characters from A to Z (almost)