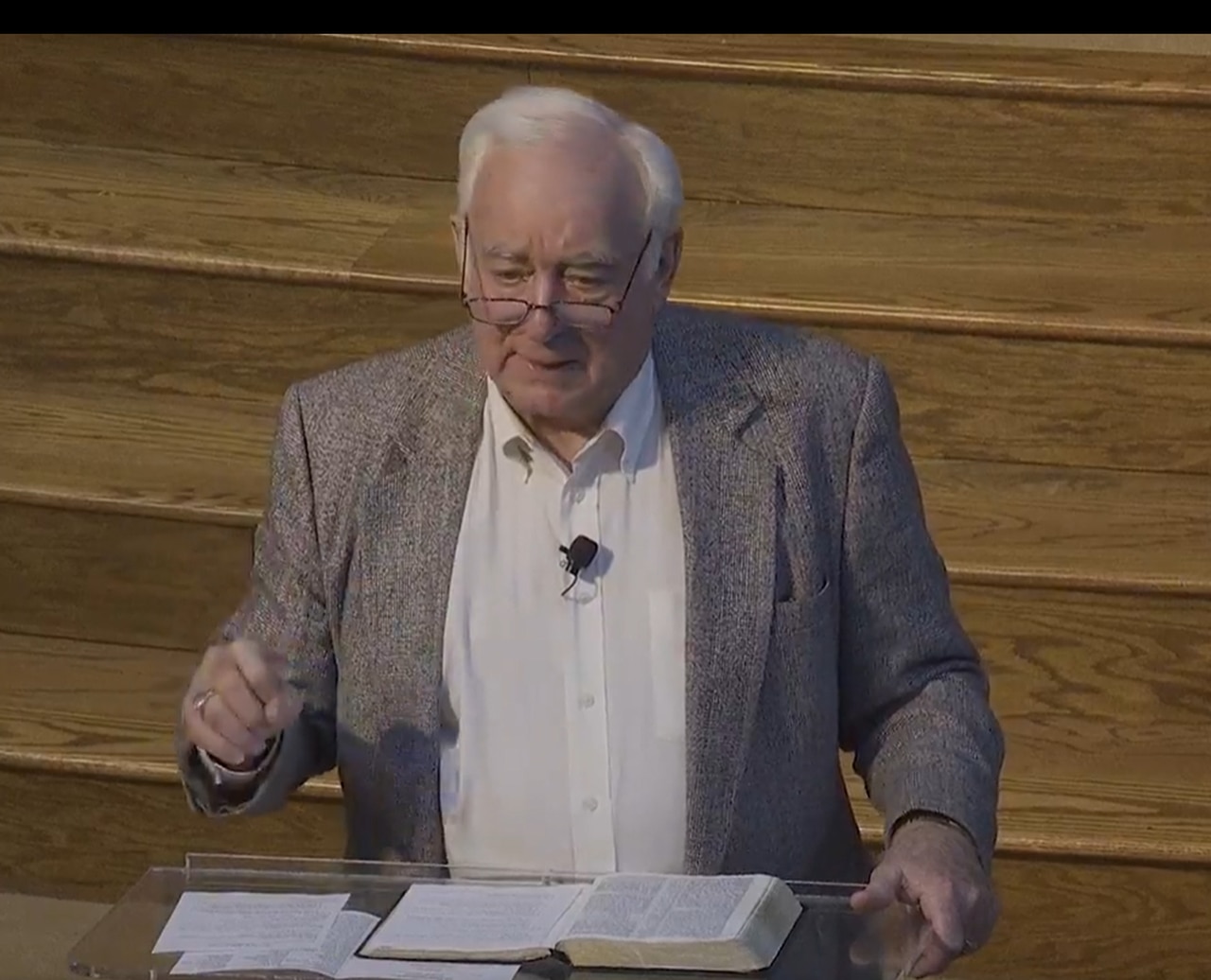 The longtime pastor of Government Street Baptist Church in Mobile, which has 1,700 members, will retire on Sunday January 16 after preaching the last sermon of his 45-year term.

Reverend Charles Edward Brown grew up in Mobile and pastored churches in Mississippi during the civil rights era, serving more than 58 years in the pulpit.

When Brown was born on August 30, 1942, his father, Jesse Edward Brown, was in the military, stationed in Marietta, Ga.

Brown’s father then moved to Mobile to work in the shipyards and settled the family there.

“He and my mom were people from Mississippi,” Brown recalled in an interview with AL.com this week.

“They were quite happy to start their married life in Mobile. They stayed in Mobile. I grew up in Mobile.

After graduating from Murphy High School in Mobile in 1959, Brown went to college in Mississippi, then graduated from William Carey University in Hattiesburg in 1965. He later earned a Master of Divinity degree from the New Orleans Baptist Theological Seminary in 1971 and a Ph.D. of Luther Rice Seminary in 1976.

While in college, he pastored Evergreen Baptist Church in Seminary, Miss., from 1963 to 1966.

On his 21st birthday, August 30, 1963, he married Melba Roper, a graduate of Vigor High School in Mobile who also attended William Carey University. She was an opera singer who played the piano.

“In our early days, we were doing revivals together,” Brown said. “She was singing and I was preaching.

Their three daughters, Debbi, Gaye and Sharla, were born in Mississippi.

After graduating from ministry, Brown served as pastor of First Baptist Church in Bay Springs, Miss., from 1966 to 1976.

It was a time of social unrest and widespread poverty.

Brown recalls that the first oil wells in Mississippi were near Bay Springs.

“We had three millionaires in the church, but then we had people living in poverty,” Brown said. “We saw abundant life and people with almost nothing to live on. I have seen both sides. They are only human beings. Whether you are rich or poor, your spiritual needs are the same. You need a spiritual life to live in poverty or in wealth.

The civil rights movement brought an account to racial attitudes.

“It affected us in so many ways,” Brown said. “We had to learn to live with our brothers. We had to be Christians in how we related to each other. It was a big change in the lives of many people. The church was beginning to adapt, to learn the fellowship of mixed congregations.

“Only by loving them, by sharing God’s love, can they adapt,” he said.

“I loved my people enough to know that they wanted to do what was right and adapt to what was happening, trying to reconcile, to have relationships with all kinds of people. I tried to teach them, not to harbor hatred or wickedness, let it be supported by the love of God.

Early in the war, the son of a prominent Bay Springs church member was killed in Vietnam, and the church arranged his funeral.

“It was the first time many had seen a full military funeral,” he said. “We had to adapt to what was happening, to present the gospel, to present the love of God in the midst of all this. How do people deal with life’s problems without God? Those were pretty tough times.

Looking back on their ministry, Brown recalls that sharing the gospel and counseling people was central to their work.

He said he tried to make sure Government Street Baptist Church helped people through community outreach.

“We have a very strong ministry to the homeless, to those who are less fortunate,” he said. “Several homeless people regularly attend our church.”

A church must make its community better, he said.

“I’ve always found the church to be a great beacon, or light, for a community,” he said. “It helps the community be a better community, helps the world be a better world to live in.”

He will preach his final sermon on Sunday at the 10:15 a.m. service, followed by a 1 p.m. reception, but hopes to continue sharing his faith.

“There are always ways the gospel needs to be presented,” he said. “I want to be able to continue this in retirement. We are dealing with a society confused about morals, crime, hatred. We find it difficult to adapt to what society imposes on us.

The ultimate authority for a preacher is not his own words, but the Word of God, taken from the Bible, he said.

“If you preach, stay in the Word, let the Word be the authority, not your opinions,” he said. “I believe the word of God is true. Once we learn to trust the word of God, everything will be fine. “

Are you considering a car title loan? Understand these 4 things