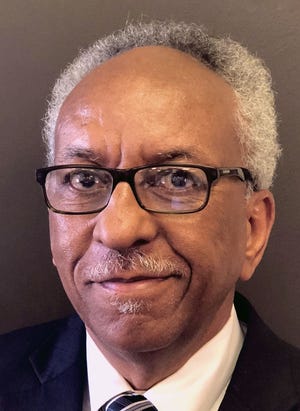 I have been in the ministry of preaching in the Christian church for over 55 years. I felt and accepted a call to preach when I was 18 years old. I had no formal training at the time, and I didn’t know anyone who had.

The ministers around me at the time received most of their training through apprenticeship. The seminary was not accessible to most black ministers, and a few of them began to attend evening Bible school. I learned to “give a sermon”.

Different ministers use different methods to plan a sermon. Some start weeks in advance while others roll it out while delivery is in progress. Most fall somewhere in between. The content of the oath is important. There are classes / lectures, books, videos, and other methods on how to put together and organize the sermon.

Some ministers have a different thought and scripture each week. There are ministers who use the Lectionary (a group of organized scriptures put together that many ministers use each week) to help them while others have much the same content week after week. Many ministers have a “burn” or passion that somehow permeates every sermon. Some ministers are even very concerned about the actual delivery. Some cultures view the delivery as as much a part of the experience as the content of the sermon. That’s why I think for many a tall, handsome white man has historically made the best preacher. I could spend the rest of my time talking about this one and the negative impact it has had on the church and on society. For most Christian cults, the sermon plays a central role in the worship experience.

Although I have heard many good and some great sermons, including those from my pastor when I was young, I have to say that I don’t remember many of them. Although I consider myself a great preacher (and why shouldn’t I?), I dare say that most of the members of the Union Chapel United Church of Christ where I have preached for the past 27 years very few of these great sermons will probably be remembered. I think they will remember how I experienced those sermons. They will remember things like: does he act like he’s forgiven? Does he forgive others? Does he care about children, men, women, other races and cultures, LGBTQ people, justice and fairness for all, single and married alike, and the list goes on.

The apostle Paul in II Corinthians 12: 1-10 speaks of a dream or a vision he had. In verse 7 he speaks of a thorn in his flesh to keep him from being “too exalted” or to keep him humble. He asked God to take it away, but God didn’t. In verse 10 he goes on to say that in his weakness he is made strong. That’s the kind of sermon I want to see ministers and so forth.

Sermons are words. Lots of people love to preach. When people tell me that “they are not racist, sexist, homophobic…”, I often feel that they are not telling the truth with me or themselves. Just as AA teaches that we are recovering alcoholics, I think we should teach that we are recovering from sinners. The hope is that we are trying to do and be better. It is living the sermon. Don’t tell me who you are, show me who you are.

I think my members and others will remember how I live my sermons and how I helped them live theirs. It is the grace that has been offered to us and the grace that we offer to others that can give us hope for ourselves and for others in the world in which we live.

“And they will know that we are believers by our love.”

Reverend Ervin E. Milton is pastor of the Union Chapel United Church of Christ in Burlington. He can be contacted at [email protected]