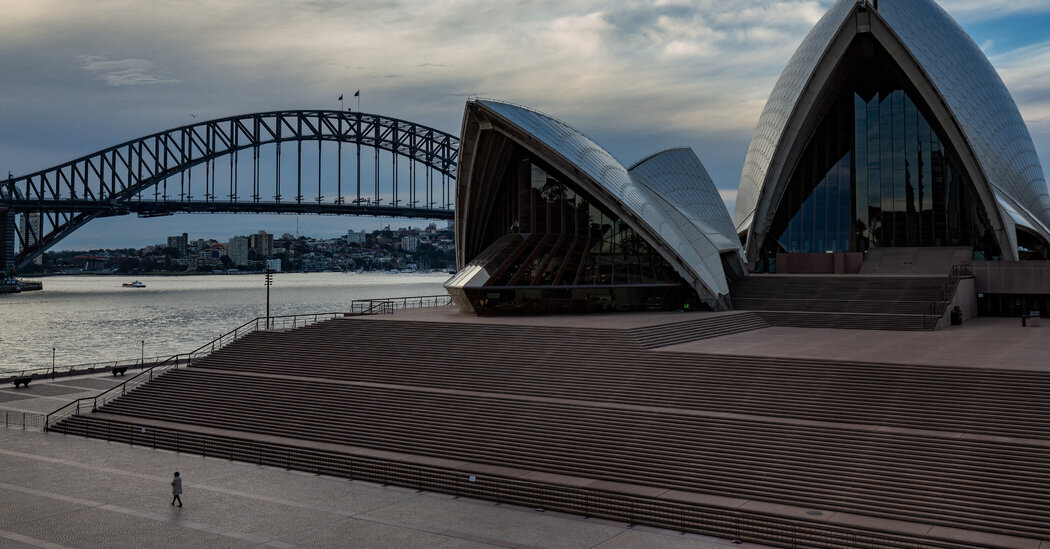 Eighteen months after the onset of the coronavirus, the governments of Asia, Europe and the Americas are encouraging people to resume their daily rhythm and move to a new normal in which subways, offices, restaurants and airports are full again. More and more, the mantra is the same: We have to learn to live with the virus.

Still, scientists warn that exit strategies from the pandemic may be premature. The emergence of more transmissible variants means that even rich countries with abundant vaccines, including the United States, remain vulnerable. Places like Australia, which has closed its border, are learning they can’t stop the virus from entering.

So, rather than abandoning their roadmaps, authorities are starting to accept that gradual lockdowns and restrictions are a necessary part of the recovery. People are encouraged to change their perspective on the pandemic and focus on preventing serious illness and death rather than infections, which are more difficult to avoid. And countries with zero Covid ambitions are rethinking these policies.

“You have to tell people, we’re going to have a lot of cases,” said Dale Fisher, professor of medicine at the National University of Singapore who heads the National Infection Prevention and Control Committee at the Singapore Department of Health. “And that’s part of the plan – we have to let it go. “

For months, many residents of Singapore, the small city-state in Southeast Asia, mulled over the details of each new Covid case. There was a palpable sense of dread when infections first hit double-digit numbers. And with the border closures, there was also a sense of defeat, as even the most diligent measures were not enough to prevent infection.

“Our people are tired of the fighting,” wrote a group of Singapore ministers in an opinion essay in the Straits Times newspaper in June. “Everyone asks: when and how will the pandemic end? “

Singapore officials have announced plans to gradually ease restrictions and chart a course on the other side of the pandemic. The plans included switching to monitoring how many people get very sick, how many require intensive care and how many need to be intubated, instead of infections.

These measures are already being tested.

The epidemics have spread to several karaoke lounges and a large fishing port, and Singapore on Tuesday announced tightening measures, including a ban on all food services. Trade Minister Gan Kim Yong said the country was still on the right path, comparing the latest restrictions to “obstacles” to the end goal.

Singapore has fully vaccinated 49% of its population and cited Israel, which is more advanced with 58%, as a model. Israel has focused on serious illness, a tactic officials called “soft suppression.” It is also facing its own sharp increase in the number of cases, from a figure a month ago to hundreds of new cases a day. The country recently reimposed an indoor mask mandate.

“It’s important, but it’s pretty boring,” said Danny Levy, 56, an Israeli official who was waiting to see a movie at a cinema complex in Jerusalem last week. Mr Levy said he would wear his mask inside the theater, but found it frustrating that restrictions were reimposed as new virus variants entered the country due to weak testing and the supervision of incoming travelers.

Michael Baker, an epidemiologist at the University of Otago in New Zealand, said countries taking shortcuts on the road to reopening put unvaccinated people at risk and playing with their lives.

“At this point, I actually find it quite surprising that governments necessarily decide that they know enough about the behavior of this virus in populations to choose, ‘Yes, we’re going to live with it,’” Mr. Baker said, who helped design New Zealand’s Covid elimination strategy.

New Zealanders appear to have accepted the possibility of longer-term restrictions. In a recent government-commissioned investigation of more than 1,800 people, 90 percent of those polled said they did not expect life to return to normal after being vaccinated, in part because of lingering questions about the virus.

Scientists still don’t fully understand ‘long Covid’ – the long-term symptoms that hundreds of thousands of previously infected patients still struggle with. They say Covid-19 should not be treated like the flu because it is much more dangerous. They are also uncertain about the duration of immunity provided by vaccines and their protection against variants.

Much of the developing world is also still facing an increase in infections, which gives the virus a greater possibility of replicating quickly, which in turn increases the chances of further mutations and spread. Only 1 percent of people in low-income countries have received a dose of the vaccine, according to the Our world in data project.

In the United States, where state and local governments take much of the decision-making, conditions vary widely from place to place. States like California and New York have high vaccination rates but require unvaccinated people to wear masks indoors, while others, like Alabama and Idaho, have low rates vaccination but no mask warrant. Some schools and universities plan to require students on campus to be vaccinated, but several states have banned public institutions from imposing such restrictions.

In Australia, several state lawmakers suggested this month that the country has reached “a fork in the road” where it must decide between persistent restrictions and learning to live with infections. They said Australia may have to follow much of the world and abandon its Covid-zero approach.

Gladys Berejiklian, the leader of the Australian state of New South Wales, immediately rejected the proposal. “No state, nation or country on the planet can live with the Delta variant when our vaccination rates are so low,” she said. Only around 11% of Australians over 16 are fully vaccinated against Covid-19.

Prime Minister Scott Morrison has also backed away from calls for a change in the country’s Covid protocols. After announce a four-phase plan to return to regular life on July 2, he insisted that the Delta variant’s strength requires indefinite postponement.

In places where vaccines have been widely available for months, like Europe, countries have bet big on their immunization programs as a ticket out of the pandemic and the key to reducing hospitalizations and deaths.

Germans who have been fully immunized in the past six months can dine indoors in restaurants without showing evidence of a negative rapid test. They are allowed to meet privately without any limits and to travel without a 14-day quarantine.

In Italy, masks are only required to enter stores or crowded spaces, but many people continue to wear them, if only as a chin strap. “My daughters are berating me – they say I have been vaccinated and don’t need to wear a mask, but I got used to it,” said Marina Castro, who lives in Rome.

England, which has vaccinated almost all of its most vulnerable residents, has taken the most drastic approach. On Monday, the country eliminated virtually all restrictions on Covid-19 despite the increase in Delta variant infections, especially among young people.

“Freedom Day,” as the tabloids called it, pubs, restaurants and nightclubs opened their doors. Restrictions on gatherings and mask requirements have also been lifted. People were seen dining al fresco and sunbathing cheek to cheek.

In the absence of most of the rules, the government urges people to use “personal responsibility” to maintain safety. British Health Secretary Sajid Javid – who tested positive for the coronavirus last week – said last month that the country must “learn to live” with the virus. This despite polls suggesting the English public prefers a more gradual approach to reopening.

Singapore officials, who reported an annual record 182 locally transmitted infections on Tuesday, say the number of cases is likely to rise in the coming days. The epidemic appears to have delayed but not scuttled plans for a gradual reopening.

“You give people a sense of progress,” Singapore Minister of Health Ong Ye Kung said this month, “rather than wait for that big day when everything opens up and then you go crazy.”

The report was provided by Damien cave from Sydney, Isabelle Kershner of Jerusalem, Melissa Eddy from Berlin, Natasha Frost from Auckland, New Zealand, Benjamin mueller from London and Richard Pérez-Peña from New York.