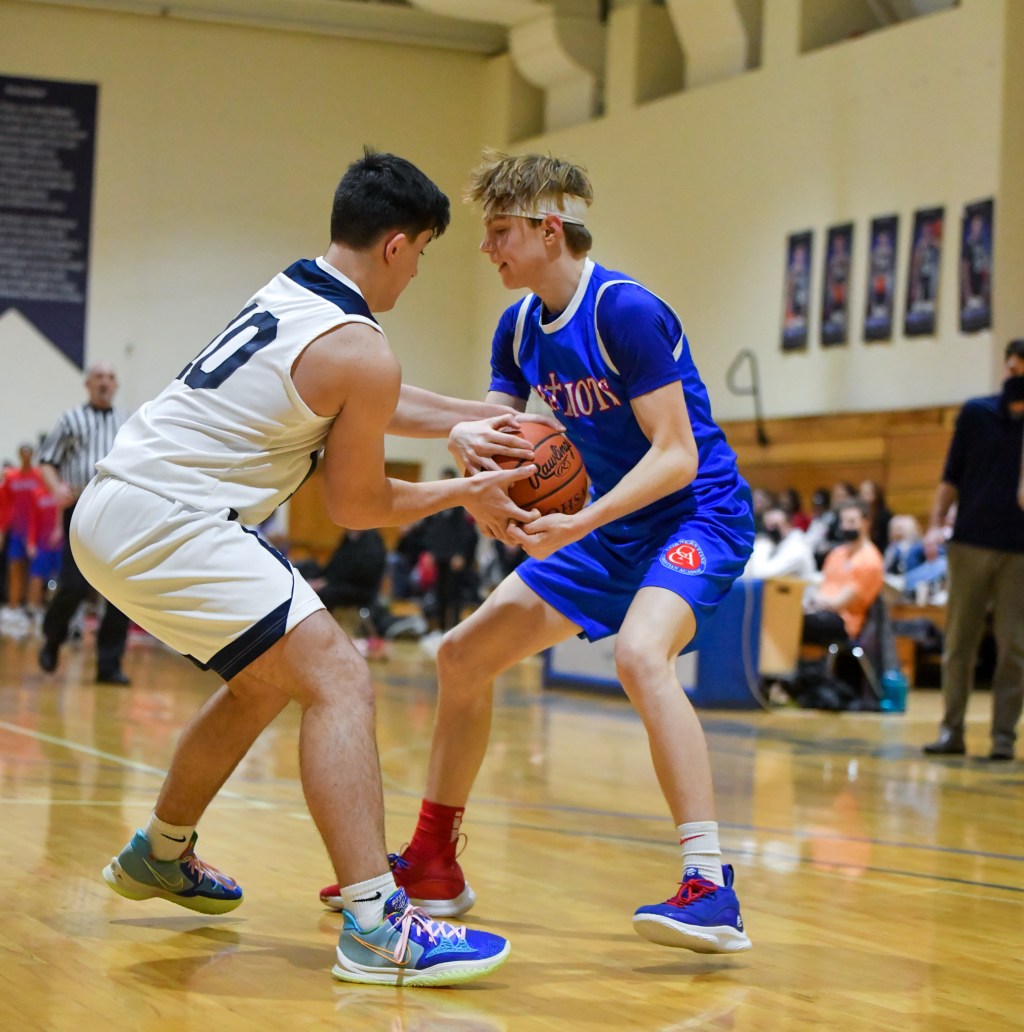 In Cornerstone Christian’s contest against John Marshall on February 18, freshman Quinn Kwasniak made history by connecting on four 3-pointers and took his total to 101 from beyond the arc. It’s the 20th time in Ohio history a male player has reached 100 3s for a season.

Kwasniak ranks 16th all-time for most 3-pointers in a season in OHSAA history. He finished the game with 25 points and helped the Patriots to a 75-57 victory and increased their record to 21-1 on the season.

Cornerstone head coach Babe Kwasniak has seen his son play a leading role in the Patriots offense this season. Part of Quinn’s success is due to the selfless play of the Patriots and his teammates who created open eyes for him.

“I don’t think he fully understands the magnitude of it,” Babe said. “He’s blessed with the most selfless teammates and he’s just doing what he loves to do, shooting basketball. Since doing that, I’ve never seen anyone put in the time that Quinn does.

Quinn leads the team in points per game with 23.5, which also places him third in News-Herald coverage area. While scoring at an impressive clip, Quinn was also able to involve his teammates as he also averages 2.6 assists.

While leading the Patriots offensively, Babe was more impressed with his son’s maturity as a person and as a teammate.

“Where he grew the most was in his relationship with Christ,” Babe said. “It showed with his relationship with his teammates and his love of Cornerstone Christian Academy. There are so many (including his older brother) who might be jealous of him, and it’s quite the opposite. “encourage letting him fly whenever he’s open. He has so much to work on, but he’s in the perfect place to grow as a player, a person, and a Christian.

Quinn and the rest of the Patriots now turn their attention to the playoffs where Cornerstone hosts Rittman on Feb. 22 in a Division D-IV semifinal.

The Gulf Breeze home is a perfect full-time getaway