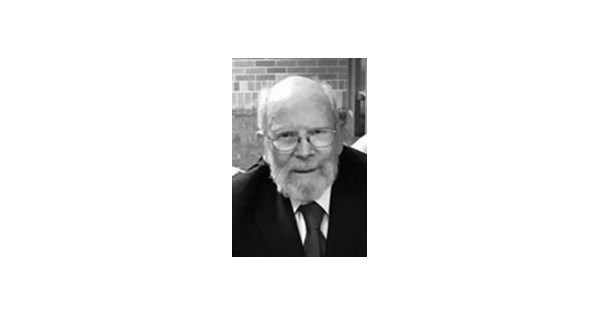 By Donna C. Ferguson On Oct 16, 2021
0
Share
Frank Robert Helme
October 16, 1933 – October 5, 2021
Fort Worth, Texas – Frank Robert Helme passed away peacefully at his home on October 5, 2021, after several years of decline. Until the end, he remained in a good mood and pain free.
Frank was born on October 16, 1933 in Bellevue, Pennsylvania. He was the oldest of three sons of Frank Gallup Helme and Margaret Mary (Ryan) Helme. He attended public schools in Columbus, OH and Rushville, IN, earned a bachelor’s degree in psychology from Bethany College in West Virginia (class of ’55), then enrolled in Divinity School at Yale University. , where he studied pastoral ministry with a safeguard in campus ministry. He was an ordained minister of the Christian Church (Disciples of Christ).
As a summer vacation volunteer with Christian Ministry in National Parks, Frank was assigned to student ministry at Mount Rushmore National Monument, where, in the summer of 1956, he met Patricia Alice Carpenter. He then interned at Death Valley National Park during the winter of 1956-1957, and in the summer of 1957 returned to work at Mount Rushmore (and also continued to work on his relationship with Mrs. Carpenter). After the fall semester at Yale, Frank and Pat reunited with their families in Battle Creek, MI, and were married on December 28, 1957.
After graduating from Yale in the spring of 1959, Frank began his ministry working for the Christian churches of the Northeast region in Schenectady, NY. During these years Frank and Pat were fortunate to have three children: Frank Ellsworth (aka “Skip”), Michael Dwight and Mary Jane.
In 1964, the family moved to Normal, Illinois, where Frank served for 19 years as an associate regional minister on the staff of the Christian Church of Illinois and Wisconsin. In 1983 Frank and Pat moved to Indianapolis, where he served for 14 years as director of the office of research and executive secretary of the Commission on Mission Funding.
During his first six years of retirement in Indianapolis, Frank was an avid jogger and baker, sang in several choirs, and volunteered as treasurer at Northwood Christian Church.
In 2003 Frank and Pat moved to Fort Worth to be near their grandchildren, and during their stay they were actively involved in the life of the University Christian Church. After Patricia’s death in September 2016, Frank moved into an apartment, but mobility issues began to limit his ability to participate in many activities (except rooting for the Ohio Buckeyes) .
Frank is survived by his three children and their spouses: Frank Ellsworth Helme and Sheila Beth (Gibson) Helme of Colorado Springs; Michael Dwight Helme and Xiaotong Gong from Warwick, NY; and Mary Jane (Helme) Alland and John Mark Alland of Fort Worth. He is also survived by five grandchildren, their spouses / partners and two great grandchildren: Claire Elizabeth Helme and Damian Alexander Burford of Denver; Leah Anne Helme, Brandon Akins and their daughter Olivia Katherine Akins of Phippsburg, CO; Jennifer Carole (Alland) DeGrasse, Matthew DeGrasse and their daughter Eleanor Catherine DeGrasse of Bedford, TX; Patrick Kennedy Alland and LeAnn (Yadon) Alland of Fort Worth; and Timothy Robert Alland of Stony Brook, NY.
Frank’s family is grateful for the care provided by Comfort Keepers over the past few years, especially for the work of Kelly, Tina, John, Paul and Ian. They also appreciated the services rendered by the Hospice Saint-Gabriel in recent months, especially the work of Catie and Sierra.
Contributions in memory of Frank Helme can be made to the Helme Family Endowment Fund which benefits the University Christian Church Music and Outreach Department by sending a check to: University Christian Church, 2720 S University Drive, Fort Worth , TX, 76109. Alternatively, memorial donations could be made to any food bank.
A memorial service will be held on Tuesday, November 9 at 4:00 p.m. CT, at the University’s Christian Church. The service will be streamed live from the UCC website: universitychristian.org.